FLA is now accepting applications for the Rachel Chan Memorial Grant. The Rachel Chan Memorial Grant assists those FLA members with limited or no access to funding to attend a library conference related to their work, in the form of a grant of up to $500.00.  The grant may be applied to cover registration fees, accommodation and/or travel to the conference.
For more information or to apply please visit the FLA website at http://www.fla.org/home/grant
The deadline to apply is Thursday March 26th 2015

In 2014 the FLA executive had the pleasure of being able to award two grants.  The recipients so graciously provided a write up to the Gazette describing the conferences that they were able to attend.

ALC Recap: Starting Out with Change 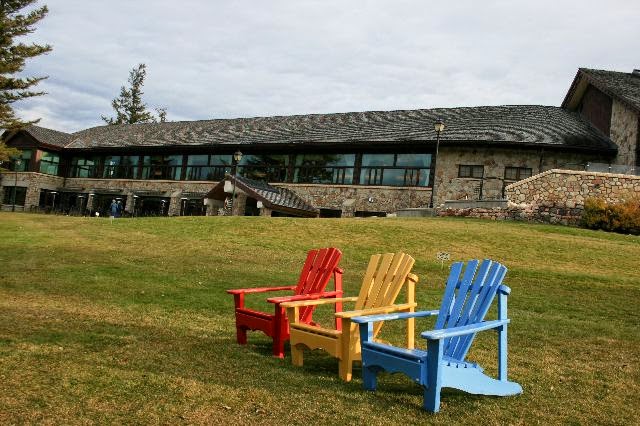 April 2014 was an exciting month for me. I was working at my second practicum placement for the SAIT’s Library Information Technology program and counting down the days until the end of my final year of library school. To cap off this exciting time I also had the opportunity to attend the Library Association of Alberta’s, Alberta Library Conference in beautiful Jasper, with the generous support of FLA’s Rachel Chan Memorial Grant.

When I was first registering for the conference I was struck by the theme “Be the Change”. It seemed like a redundant title for a conference considering that they are usually focused on change, featuring new technologies, research, theories, and of course new books. But I was very impressed with the conference committee’s choices and development of this theme, every presentation and keynote addressed different aspects of the theme of change in meaningful ways ranging from new technology to personal wellness. I was impressed by the inclusion of presentations that were not all focused on shiny new things that were successful; but also including presentations that addressed our deficiencies and threats. This ability to look at the less positive aspects and question the past will allow us to truly move forward as a profession. Two presentations in particular spoke to me, and made me wonder about the future of libraries as I embark on my career.

I was excited to attend “The Elephant in the Room: Changing Roles of Librarians and Library Technicians” presented by Norene James, Lisa Shamchuk and Katherine Koch. You may remember the call to participate in their survey earlier this year; this presentation was the preliminary findings of their research. The purpose of their research was to get front line information about the roles of librarians and library technicians to see what their jobs entail and also to see how those roles have changed in recent years. This research is useful for many things including curriculum development, management, job descriptions and importantly, fostering understanding among library professionals and paraprofessionals. Unsurprisingly respondents reported that their positions have changed in recent years. Further, they noted that job descriptions did not adequately describe their work and responsibilities. So what is the point of having survey results that show what everyone knows from personal experience? Foremost it’s the realization that you are not alone, the results span all types of libraries and library workers, and shows that there is great potential for systemic reformation. Further it is the realization that many people are unhappy with how things stand, that we are ready for change, and can now work towards a new future for libraries.

My curiosity was sparked when I saw Michael Ridley’s presentation “Beyond Literacy: Exploring a Post-literate Future” listed for registration. I couldn't miss such a controversial sounding topic for a library conference. This presentation was not about literacy in terms of the ability to read and write, as we are typically concerned with in library land. Ridley’s work is about the destruction of literacy in terms of reliance on the alphabet, written language and writing as a means of information transference in general. Even more controversial than I first imagined! Ridley has done extensive work on this topic and while some of it seems like it is straight out of science fiction such as: mind to mind communication, organic computing and artificial intelligence, I think his theories are worth exploring. In recent years we have seen the rapid development of technology and information systems, so maybe a post literate future is not so far away. I have neither the time, nor ability to do this topic justice but please feel free to explore Ridley’s work yourself at http://www.beyondliteracy.com. Topics like this one never fail to get normally placid library folks riled up in defense of their life’s work, but remember critics predicted the death of libraries with the advent of the internet and eBooks but we are still surviving. Dare I predict that the post literate future will be merely a new phase in the evolution of libraries, because libraries were never really about books were they? Rather the dissemination of information, no matter it’s medium.

So what’s the take away? Libraries are in the midst of a great change; but where this change will take us is hard to predict. I feel fortunate to be entering the profession at this point, certainly the library world that I will retire from will look nothing like the one that I am starting my career in, but I think it will be great none the less. We are at a crossroads trying to establish the new path that libraries will take, but I am not worried that libraries will disappear. I see the positive opportunities for change that are being developed by the talented and passionate people around me. So, compatriots, in the face of impending change, may we embrace it and be the change. 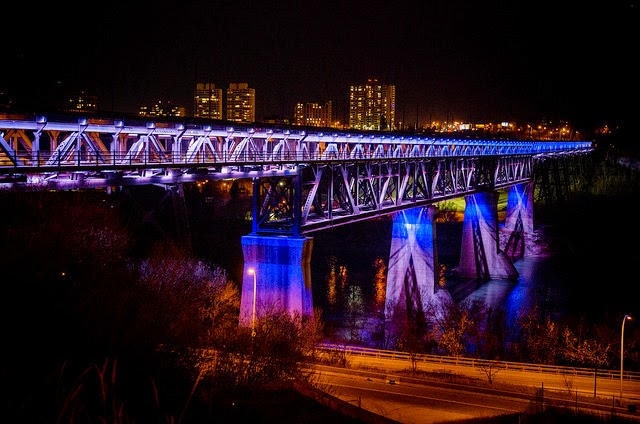 Earlier this year, from May 23 through to May 25, I attended the 40th annual AALT (Alberta Association of Library Technicians) library conference as both a delegate and presenter. The 2014 theme was “Honouring our History, Building our Future” and the conference was held at the Edmonton Marriott at Cree River Resort in Enoch, Alberta.

Both keynote speakers were from outside the library world but spoke to issues that are important to library technicians, library work and libraries as a whole. Denise Millar introduced PeopleScan, her technique to read faces and emotions in order to get a deeper connection with the people we interact with. Ruben Nelson spoke about the future of libraries and strategic foresight.

Sessions were varied and included workshops mostly geared toward school, public, small and rural libraries. I presented the session Legal Research Bootcamp, intended for reference staff at public or academic libraries who want to brush up on basic legal research skills in order to guide patrons to useful legal information.  Although the turnout was small, the feedback from the session was very positive and the topic was well received by delegates. Included in the session was a discussion of what kinds of legal information patrons often ask, and what challenges can arise from legal information reference questions.  Free resources for government information, case law research and legislation research were introduced as well as some accessible legal books and databases. The basic steps in the legal research process and researching legislation were demonstrated. And finally, suggestions for referrals to community resources and organizations were also given.

As a delegate I was also able to take in some sessions myself. One session that stood out to me was Library statistics : Not just a hoop to jump through presented by Kerry Anderson, a library consultant with the Public Library Services Branch, Alberta Municipal Affairs. Kerry’s session positioned library statistics in a very positive light by offering insights and ideas on how statistics can be a tool to strengthen community engagement. The session was also interactive, as Kerry facilitated group discussion from session attendees on how library statistics were being used in their own libraries. It was valuable to see what others are doing around the province.

I also enjoyed the session You’re not “Just” a Staff Member: You too can be Instrumental in “Being the Change presented by Karen Hildebrandt, Assistant Director, Library Services at Concordia University College of Alberta. The session matched the conference theme every well and dealt with issues surrounding change management and staff engagement during difficult times. The ultimate message was that leadership is a skill available to everyone, regardless of title.

In addition to the sessions, the conference also included social events such as a tour of the Royal Alberta Museum, a book club and a trip to West Edmonton Mall, plus ample coffee and snack breaks which allowed for time for catching up and networking. One of the highlights of the conference for me was the banquet performance by the Running Thunder Dancers. Attendees were wowed by traditional Aboriginal dancing, drums, singing and regalia and were entertained and informed by the stories and introductions made by MC and dancer, Adrian Lachance.

This is the third AALT conference I have attended and it afforded me a great opportunity to catch up with colleagues from around the city (and province!) and to make new connections through networking. It is always rewarding to see what others in the profession are doing in their libraries and to go home to your own with food for thought!

Erin holds a Bachelor of Arts in History from Mount Royal University and a Library and Information Technology Diploma from Langara College.  She currently works as an Information Specialist at University of Calgary’s Bennett Jones Law Library.

The FLA Gazette (FLAG) is the newsletter of the Foothills Library Association.
Contributions are welcomed. Send suggestions or submissions to flag@fla.org.